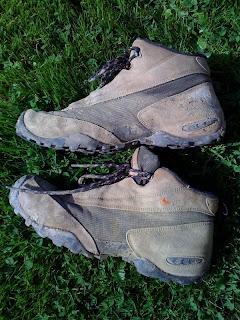 Do these shoes belon to anyone you know? Been in my trunk since
Sherwood game I think.
Posted by Hand of Fate at 7:05 PM No comments: 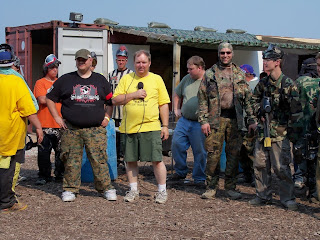 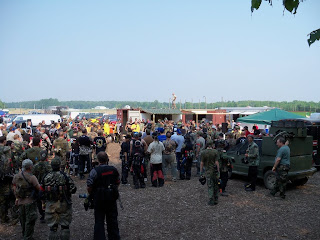 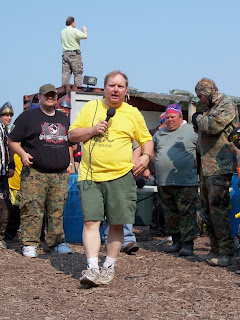 Update from the Fate!

Greetings all. Another event has passed on our 2010 calendar, and we're gearing up for the next. Here's the latest from the HoF!
1. Synergy D-Day Event
Yes, we won =)
But not without plenty of help from the other teams. A special thanks to NEOSMUT, Total Resistance, and the Pentagon crew for being at my beck and call when it came time to handle bidness. I hope you all took an opportunity to thank an Allied player, for without opponents, there would not be a game!
For not being on the team calendar, we had a great turnout to this event. I'm pleased to say that we were able to field 8 team members, which is an excellent number considering a handfull of us had just dropped a considerable chunk of change to play the Sherwood game a little less than a month prior.
We have no photos of the event from team members, so if you happen to know where any are located, please pass 'em along!
I will be posting a full impression of the days event on our blog and forum soon.
2. New Member
I would like to welcome Joe "Death Dealer" Laster as our newest team member. He played his first event with us this past Monday, and proved to be a great addition. Joe is a recent transplant from North Carolina, to the Masury area. He's no stranger to paintball and fits in rather nicely with our rascally group of rapscallions. Another big plus is that he came into the team already rockin the marpat, and the teams unofficial marker, the Phenom. Next time you see him, give him a high five.
We have a few other new prospects. If you are considering joining the team, or know someone who is, let us know. Next year we will be enstating a more formal member enlistment process so now is the time to get in good.
3. Team Social
We are having our first official team BBQ on June 19th. Thats in two weeks. The event is open to team members and families and/or significant others, along with a couple of other special invites. I have sent out an invitation via email, and will do so again. If you are coming, please respond so that we can get an accurate count of who will be there. This will be a pot luck style dinner, with our very own Gimly Girt doin' the BBQin'. Food, drink, games, and mebbe a little back yard ball will rule the day. If you have any questions, contact myself or Beefy.
4. EPZ Games
I've added the EPZ games to our team calendar, which is found on our website. As you know, the EPZ crew is a network of woodsballers that play on private properties from Jamestown NY all the way to Grove city and further. These games are well run, well attended, and very affordable as there are no field fees and paint requirements (no walmart paint please!). If you are interested in playing a specific game, let me know and we can organize a showing.
See you on the field!
Posted by Hand of Fate at 11:29 AM No comments: